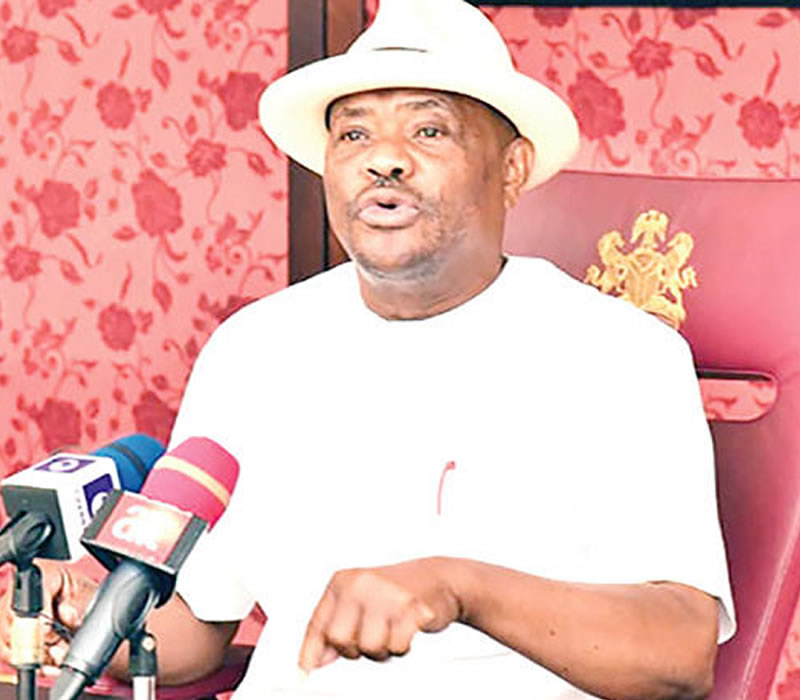 LAGOS – Rivers State Governor Nyesom Wike says mass defections will rock both the Peoples Democratic Party (PDP) and the All Progressives Congress (APC) between now and December, as politicians realign ahead of the 2023 general elections.

The governor said although defection is an inherent part of the democratic process, those who defected from the PDP lack integrity and character.

He stated this at the inauguration of reconstructed William Jumbo, Ernest Ikoli, Eleme, Akassa, Abana and Mbiama streets in Old Government Residential Area of Port Harcourt on Wednesday night.

“People are defecting; More will defect. Defection is part of our electoral process. As you are defecting, people are coming in. There are those who are angry there (in APC), they’ll come (to PDP). You that is angry here (in PDP), you will go. That is the game.”

The governor stressed that insinuation that some governors and others who have defected from PDP to APC were being intimidated, is not tenable. He maintained that those who have decided to jump ship lack conscience, character and integrity.

He remarked that those who claim PDP has been unfair to them should also realise that the party had at different times wronged Rivers State, which accounts for its highest votes since 1999. But despite this, the State has remained steadfast and committed to the ideals of the PDP.

“PDP has done a lot of wrong things to the Rivers state, but I cannot say we will leave PDP. We will be there and fight the war. The interest of Rivers state will be fought inside PDP, we will not leave anywhere.

The governor observed that it is worrisome that some prominent members of the PDP who are aspiring to be presidential and vice presidential candidates have remained mute instead of speaking out against the maladministration that has characterised the APC led Federal government.

Governor Wike dismissed President Muhammadu Buhari’s assertion that the reason why Zamfara State governor,  Bello Muhammad Matawalle defected to the APC was because of the good things happening in the party.

According to him, APC has wrecked Nigeria and those who defect from PDP are leaving a party that offers hope to one that offers Nigerians none.

The Rivers State governor also accused some State and National Assembly lawmakers of plotting against him and conspiring with extraneous forces to undermine the State.

Governor Wike revealed that he is aware of their various clandestine meetings in Abuja and warned of dire consequences if they don’t desist from their nefarious scheme.

The governor said one essence of bringing prominent personalities to flag off and inaugurate projects in the State, particularly at night is to prove to the world that indeed Port Harcourt is safe.

He said though some members of the opposition, including his predecessor and Minister of Transportation, Chibuike Amaechi have been living in denial of the infrastructural transformation taking place in Rivers State, Mbiama street where he (Amaechi) resides in Port Harcourt is among the streets just inaugurated.